Let’s take the discussion further and examine why it might be important to let the skeletons out of the closet. What might happen if and when you and your family decide to let them dance?

“Skeletons in the closet” are those hidden details of the past that evoke shame, embarrassment, pain, sadness, anger, or other negative connotations when they first come to light. Sociologists Aysan Sev’er and Jan Trost define skeletons more generally as “family conflict that is not publicly divulged.”1

These stories may have become skeletons when family members deliberately and consciously buried them, but that’s not always the case. An inability to communicate effectively about the incident, why it happened, and the implications of its impact on the family in the short- and long-term can lead to silence and passive neglect. Over time, the stories might be forgotten and consigned to a crowded closet of old bones, but the consequences of the incidents can shape a family for generations.

Some family secrets are embedded in grand narratives of national and international history, such as associations with the Atlantic slave trade or the Nazi regime. More common skeletons often include crime, substance abuse, psychiatric disorders, suicide, parent-child strife, domestic violence, and adultery. Still other skeletons emerge from less tangible causes, such as a traumatic accident for which nobody can be blamed, but which lead to family fragmentation.

Skeletons and the digital age

Many skeletons are already dancing in the streets, and more will continue to emerge as access to information improves.

Twenty years ago, mining through newspaper and media records, the manuscript census, vital statistics, immigration and military records, books, journals, and periodicals was a long, tedious, sometimes expensive, and often frustrating process. These obstacles meant that secrets were safely squirreled away for the ages. Today, however, the same documents can be found for free or for a minimal fee on just about any device with Internet capabilities, and they can be searched by specific words and phrases.

Only a fraction of records has been digitized—especially if they post-date 1926 and still fall under copyright protections—and they rarely offer the rich and nuanced detail contained in archival collections of letters and diaries. However, an enormous amount of information is easily accessible to just about anybody who has the time and desire to look for it.

This begs the question: Are your skeletons already out of the closet anyway?

The benefits of letting the skeletons in the closet out

One thing that history reveals is that change is inevitable. For example, within the past century, divorce and substance abuse may not have become universally accepted norms, but they have lost much of their stigma.

Exhuming a family’s tragic past might foster a glimmer of hope in the present. For example, in one family, a person who suffered from depression found comfort in the suicide note of an ancestor because he no longer felt like an anomaly and outcast in his family. Instead, he began to understand his psychological challenges as part of a continuum that shaped the family. This knowledge gave him strength to persevere in life and to avoid his ancestor’s fate.

Another family might be able to broach the subject of addiction by sharing stories about an early twentieth-century ancestor who was prescribed morphine and then became addicted to it, a not-uncommon consequence of medical practices of that time. Such discussions can defuse tensions over blame and move a discussion toward acknowledging the existing problem and seeking solutions to overcome it.

Of course, the truth may not always be easy to digest. No families will take pride in cases of abuse. Stories of raw avarice or blatant dishonesty are not likely to become celebrated, either. However, unearthing stories like these can help current family members clarify their values and recognize that serious mistakes can be made and overcome. Amends can be made.

Generational differences matter, too. A family was digging into its relatively recent past and uncovered a second cousin of a great-great-uncle who held a senior position in Hitler’s Nazi regime. Surviving elders who lived through the nightmare of World War II were horrified to discover this family connection to one of the greatest evils in history. The guilt was almost unbearable despite the distant relationship of the ancestor. Younger (post-baby boom) members of the family responded differently. Nobody entertained for one second that the ancestor’s culpability could be justified or excused, but this unfortunate chapter in the family’s history was far removed from the younger generation’s life experience and world view. They let it go.

In short, the difficult stories of a family’s past—like any good story—can serve as a platform to launch necessary, if perhaps challenging, discussions and foster a culture of open and honest communication. By understanding how time, place, age, gender, culture, and any number of other variables created and shaped a skeleton in the first place, family members can gain a more complex and nuanced understanding of contemporary sources of conflict and tension. They might be able to avoid creating new skeletons out of old bones that have been collecting dust in the closet.

Anything can happen. Each person is bound to have a slightly different response to and interpretation of a story because everyone brings their own life experience to it and understands it through that lens. But that’s true of any story.

By understanding how time, place, age, gender, culture, and any number of other variables created and shaped a skeleton in the first place, family members can gain a more complex and nuanced understanding of contemporary sources of conflict and tension.

On the one hand, family members might just laugh at their scandalous past or shrug their shoulders and move on. Responses like these often signify how family values or circumstances and social expectations have changed over time, which can help families imagine a future that’s different from today and then influence how they manage their wealth and legacy. On the other hand, resurfacing family secrets might reignite old conflicts or generate new ones. Rather than allow the conflicts to cause serious fractures or to fester away in the closet again, families can begin to address them immediately.

In perhaps the best situations, families will gain new insights into the present by exploring the inglorious past, individuals will experience personal growth and these new perspectives will help keep future closets clutter free. By exploring their history, skeletons and all, families can better identify both the positive and negative patterns of behavior that have shaped them over time and begin to address how they will honor the good and overcome the bad as they strive to maintain family cohesion.

The shared stories that bind a family together are too often lost over time. Learn how Ascent Private Capital Management of U.S. Bank can help your family use its historical past to identify your current values and build future relationships between and among generations.

How to elevate female role models in your family story

Every family tree is full of amazing female role models. Oral history can be an effective way to record their stories and raise the profile of the women in your family. 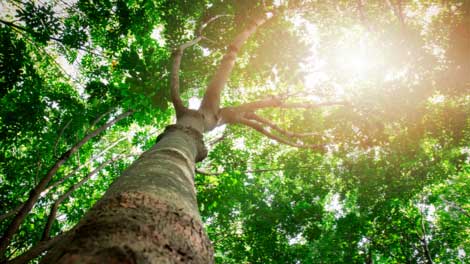 Moving past the guilt of inherited wealth

The emotional stages of inheritance often parallel the five stages of grief. Understanding how they correlate, and specifically how to move past the guilt stage, can help you find peace with your inheritance and focus on the future.

The information provided represents the opinion of U.S. Bank and U.S. Bancorp Investments and is not intended to be a forecast of future events or guarantee of future results. It is not intended to provide specific investment advice and should not be construed as an offering of securities or recommendation to invest. Not for use as a primary basis of investment decisions. Not to be construed to meet the needs of any particular investor. Not a representation or solicitation or an offer to sell/buy any security. Investors should consult with their investment professional for advice concerning their particular situation.