When it comes to leadership of the family business or family office, the rising generation is often waiting in the wings. While they’re not yet at the head of the family, many younger family members appreciate the opportunity to be involved and have some influence over their families’ foundations, businesses, or assets. But some families may find it challenging to pass the torch.

Heads of the family have operated their family enterprises, often in the same way, for decades. The rising generation may want to make its mark by doing things differently, and the head of the family might not be ready to change. Keeping them waiting, however, isn’t the best answer.

“For many families, the rising generation doesn’t get involved in decision-making until later adulthood,” says Tom Thiegs, leadership and legacy consultant for Ascent Private Capital Management of U.S. Bank. “In some cases, the parents aren’t ready to share detailed information about the family’s wealth. However, it’s important to note that the kids are likely noticing that there’s wealth in the family, which can cause a disconnect between what the rising gen is hearing and what they’re seeing.”

A trigger event often starts the involvement of the rising gen. For example, when a child turns 18, they may start receiving disclosures from the bank. Or if a family member gets engaged, a prenuptial agreement may be drawn up which involves detailed financial disclosure to all parties.

“The younger generation often learns key information before being prepared to hear it, and wish they had known sooner,” Thiegs says. “They prefer to receive information directly from family leaders instead of having it translated from other family members or advisors, where it could be misinterpreted like in the childhood game of telephone. It’s best for the rising generation to have a seat at the table, but that’s not how it often works in many family enterprises.”

Fortunately, it doesn’t have to be an all-or-nothing game. Heads of families can involve the younger generations in family wealth management at their own pace over time.

Conversations about family wealth don’t have to be formal. Informal talks can be a good way to prepare a younger family member for the specifics of a family’s financial situation. “You want all generations to feel informed and included as part of the process,” Thiegs says. “They should be invested—not just with money but with their time and energy, too.”

“You want all generations to feel informed and included as part of the process. They should be invested—not just with money but with their time and energy, too.”

Amy Zehnder, senior vice president and senior strategic wealth coach for Ascent, recommends taking advantage of opportunities offered by a family’s wealth management provider. “When we offer events or opportunities, the younger generation will often show up,” she says. “Just by virtue of their attendance and willingness to participate, they can learn a lot. The family can get a high rate of return on their time.”

In addition to starting conversations about managing a family’s assets, the rising generation member wants to understand their position.

“The wealth creators or other family leaders don’t always realize the importance of the younger generation having a real understanding of the wealth they’re a beneficiary of,” says Charlene Altman, managing director of client advisory for Ascent. “Simply sharing account statements and other financial reports isn’t enough; it doesn’t really convey what that money may mean to them as individuals.”

One reason the senior generation waits to disclose information is that they may have seen negative aspects of having wealth. “It can create problems in their children’s and grandchildren’s lives,” Thiegs says. “They often withhold information so that someone’s bad decision doesn’t send them down the path of ruin.”

While the intention is good, not disclosing enough information inhibits the next generation’s ability to process the information, understand what’s theirs, and make plans for their own families. “They want to know their options,” Zehnder says. “Someone who is in their 30s and has kids may want to know who is going to pay for their education. The parents? Grandparents? The trust? They’re okay with paying; they just need to know.”

Getting the next generation involved in the family enterprise involves trust. Families can take steps to help avoid negative consequences if they’re proactive. A good way to start the passing of the torch is through a legacy letter, which is often written before a family meeting with multiple generations.

“It’s more about information and less about amounts,” Zehnder says. “The wealth creators and other family leaders can share their hopes and dreams and concerns with intentionality.”

Legacy letters can be incredibly powerful when they come from the heart. “We often help our clients draft these documents,” Altman says. “Then it’s best when they don’t just sit on the shelf; instead they should be edited and shared as family circumstances change.”

Give rising generations a role in the family enterprise

One of the most successful ways to get the next generation involved in family wealth management is by giving them responsibility so they feel connected. “Give them a seat on the family council or on the board,” Thiegs says. “They can learn how the family operates. And by observing the behavior, they see the family’s values exhibited.”

Younger generations tend to be philanthropic, so another good role for them may be with a family foundation. “Philanthropy is one way to deepen the next generation’s involvement that’s less threatening for the older generation,” Altman says. “A good place to start is to get younger folks involved in grant making.”

Rising generations have a lot to offer family enterprises. Two generations—or more—are often better than one. “Millennials are the best-educated generation in history, and they want to make the world a better place, whether that’s through philanthropy or impact investing,” Thiegs says. “They want to know the family enterprise is interested in those things, too. Alignment in values and making changes that can affect the world in a positive way is a great way to start the process.”

Learn how Ascent Private Capital Management can prepare the rising generations for leadership and legacy management. 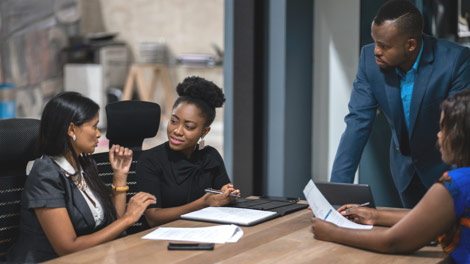 Seventy percent of wealth transfers fail from one generation to the next. Private family foundations may provide intergenerational families an opportunity to overcome this challenge. 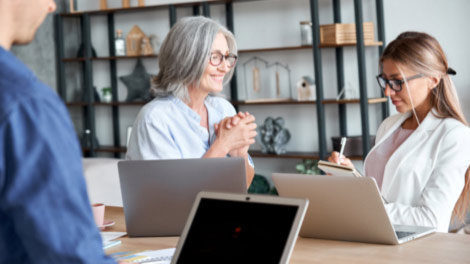 Ways to pass on business knowledge after selling the family business

The sale of the family business doesn’t have to mean the end of an entrepreneurial legacy.